Just back from attending the two day Temporal-Design workshop held at Edinburgh University. I presented on the second day during the Pecha-Kucha session, giving an overview of how I consider time in my designs. The prototype “Story Stethoscope” (I’m still working on a final name) was discussed including how it presents many temporal-design challenges including the consideration of the many timeframes around stories and objects including: the life of the object, the person’s history, the time of the story told and the narrative arc over many stories. Download the slides for my talk here. The workshop consisted of a number of longer format talks from Kevin Birth, Sarah Sharma, Siân Lindley, Sus Lundgren and Bronac Ferran, and ten Pecha-Kucha presentations. The first day kicked off with a ‘walkshop’ around Edinburgh centre with a history of time-keeping from Kevin. Towards the end of the workshop discussion groups were formed to discuss a number of points ranging from ephemerality and fluidity, through to time and the environment.  I found myself discussing the ‘vocabulary of temporal-design’ in a group led by Jen Southern.  The group created a rough draft of a possible ten week lecture series on temporal-design allowing the framing of the vocabulary. 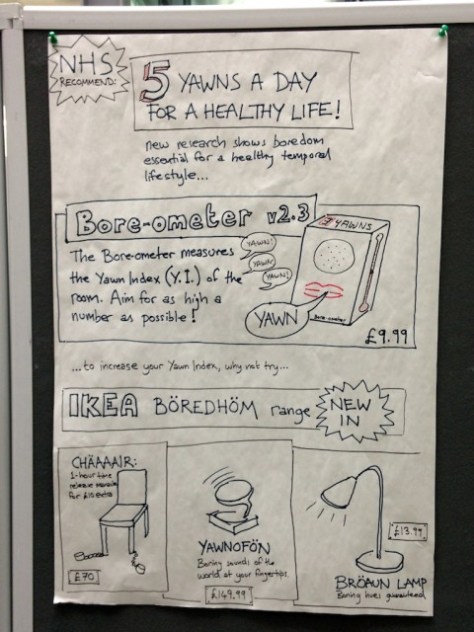 Bore-ometer v2.3 from the Design Challenge

A design challenge was run that involved the identification and discussion of personal ‘time strategies’, which led up to design a new provocative design that highlighted of addressed these issues. Our team consisting of Craig Martin, Carla Moss and myself designed the Bore-ometer, a device that could measure the boredom level of a room. The device worked by loudly emitting a synthetic yawn and then measuring the number of yawns that came in response. A high number of yawns on the Yawn Index (Y.I.) would indicate a bored room, whereas a low Y.I. would indicate an unbored space. The provocative design fiction twist on this scenario was that actually it had been found that boredom was a desirable trait for health in a overstimulated internet-drenched world, and the NHS was promoting “5 Yawns a Day” for better health. For those not achieving this target, the home furnishing giant IKEA had stepped in with a new “BÖREDHØM” range of furniture including the CHAAAAIR, with time-lock manacles, YAWNFÖN preloaded with boring sounds from around the world, and BRAUNLAMP, which emits an unexciting range of brown hues. After a voting session over lunch, the Bore-ometer picked up the most votes, and we won the fitting temporal prize of an a ~230 million year old Trilobite fossil and 30 million year old fossilised Tiger shark tooth. 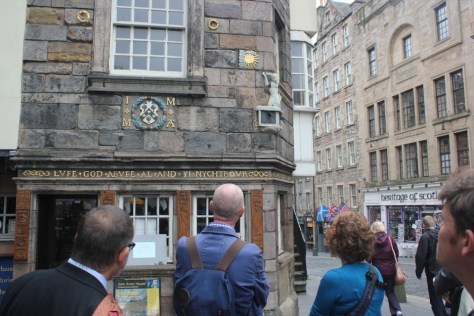 Examining the sundial on John Knox house  in the “walkshop” around Edinburgh. 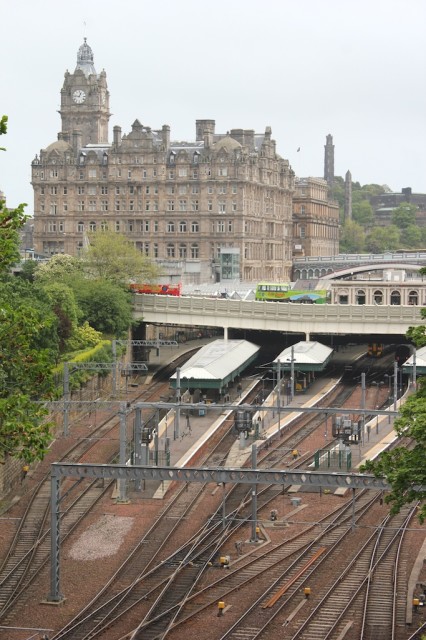 Waiting for the one o’clock ball drop, next to the fast-running station hotel clock. 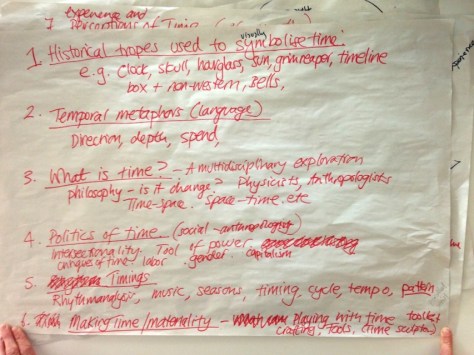 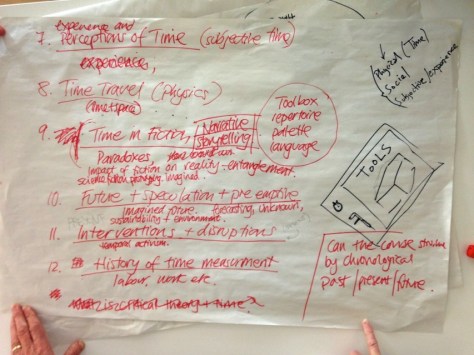 Notes from discussing the vocabulary of temporal design. 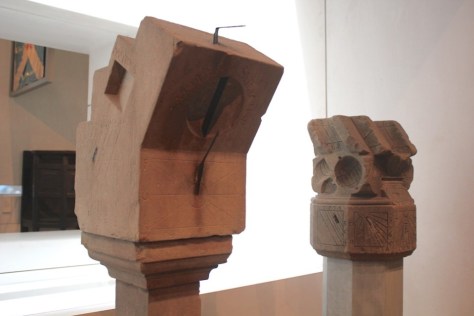 Sundials with redundant features in the National Museum of Scotland.